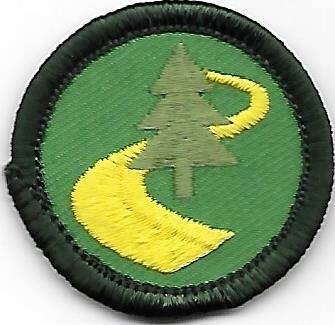 On March 10, 1773 about 30 men led by Daniel Boone left Tennessee to settle the wilderness of Kentucky. This group's purpose was to mark a path from the starting point to the settlement site, which was Ft. Boonesboro. The passed through Cumberland Gap. Whenever possible the men traveled along Indian paths and buffalo trails. When necessary they chopped passages through the forest and cane-breaks. By April 1, 1773, when they reached Boonesboro, they had marked what would be known as the Wilderness Trail. The trail was a rough, crude passage, and in places only a barely cleared path marked by axe blazes on trees.

Over the next few decades the Wilderness Trail became a useful route for thousands of settlers coming into Kentucky. For years it remained only wide enough for foot and horse traffic for most of its length. The Wilderness Road was created by an act of the Kentucky Legislature November 1795. By 1796, a few years after Kentucky became the 15th state, the Kentucky portion of the route was widened to allow wagon traffic.

Construction of the Wilderness Road led to increased commerce between the new commonwealth and all the country to the east and south. Its opening marked the beginning of peaceful passage through the wilderness.

Save this product for later
Display prices in: USD